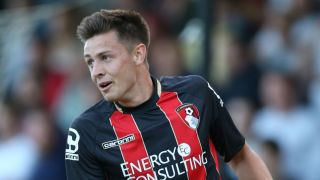 Premier League newcomer Bournemouth fell to their first defeat of pre-season as they were beaten 2-1 at Salisbury City.

Eddie Howe named a youthful line-up for Bournemouth's latest test ahead of their debut in the top flight, with striker Harry Cornick catching the eye by scoring the visitors' only goal.

The 20-year-old latched onto a pass from trialist Jordan Green before coolly slotting past Gareth Barfoot to give the visitors a deserved 24th-minute lead.

It was not something they were able to hold onto, though, despite Sam Matthews and Filippo Costa both going close for Howe's side.

Salisbury - managed by former Premier League striker Steve Claridge - levelled with 25 minutes to play through Patrick Nolan, before Mark Ford secured victory for the home side with a simple finish from six yards.

Bournemouth step up their preparations with a trip to Ligue 1 side Nantes on Saturday, with clashes against Yeovil Town, Cardiff City and Hoffenheim ahead of their Premier League opener against Aston Villa.