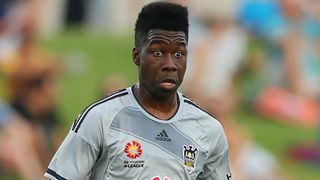 Jeffrey Sarpong will return to Holland after his contract was terminated by A-League outfit Wellington Phoenix.

The 27-year-old forward signed for Phoenix on a two-year deal ahead of the 2015-16 A-League season.

Sarpong, a former Netherlands under-20 international, went on to make 13 appearances for Phoenix but failed to score a single goal.

Phoenix released a statement on Sunday confirming his immediate departure.

"The Wellington Phoenix and Jeffery Sarpong have reached a mutual decision to terminate their contract and go their separate ways," it read.

"The club and player will be making no further comment at this time."

Phoenix are third last in the table and are winless in their last eight fixtures.