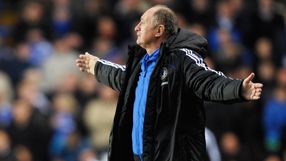 Scolari, who steered Brazil to their fifth and last world title in 2002, was appointed for a second stint in charge in November.

The 64-year-old had a short-lived spell as Chelsea manager. Appointed in June 2008 to succeed Avram Grant, Scolari was sacked in February 2009 by owner Roman Abramovich.

"The game against Russia will be very important in order to prepare Brazil's national team for the Confederations Cup in 2013 and the World Cup in 2014. Russia is a strong opponent and it is traditionally hard to play against them," Scolari said in a Chelsea statement.

"Going to London is a great joy. It will be an opportunity to thank the Chelsea's fans for the affection and the great interaction I had with them."

The friendly, on March 25, also marks a return to England for former national team manager Fabio Capello, now in charge of Russia.

The Italian quit as England manager in February last year and was named as Russia coach in July.

The Russian FA confirmed the friendly on their website.

Stamford Bridge has previously hosted four internationals but it will be the first since 1946 when England beat Switzerland 4-1.