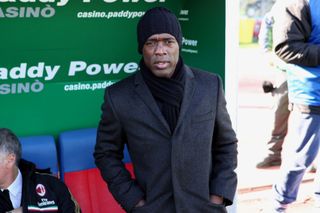 With his side preparing to face Torino on Saturday, Seedorf has been impressed by Milan's application since he took over as coach in mid-January.

The Dutchman has guided Milan to consecutive Serie A wins and they sit ninth, still five points adrift of city rivals Inter and the final European place.

Seedorf said greater consistency was required from his team, but hailed the attitude they had shown since his arrival.

"It's important to take it day by day," he told reporters on Friday.

"I see enthusiasm and willingness in the team to learn and improve. All the ingredients are there to be able to grow and improve.

"We now need to find a consistency in both our results and our play. Tomorrow it will be nice to get back to San Siro in front of our fans, who have always supported us even through times of difficulty."

The clash at home to Torino shapes as an important one with Giampiero Ventura's men sixth in the league.

Seedorf said he knew what to expect of a Ventura-coached team, but believes Milan can be successful if at their best.

"We have analysed their team and we are trying to prepare how best to deal with what they have to offer," he said.

"I've always liked Ventura's teams. They always have lots of possession. They are having a great season.

"Torino are a very pragmatic team so we need to have a very clear idea of what we want to do in the game."