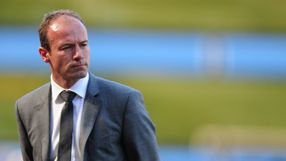 Shearer, who scored 30 goals in 63 appearances for England, added to criticism of the Italian following England's poor performance in a 2-1 friendly defeat to France on Wednesday.

"Fabio has been here two and a half years now and I'm not sure we've gone forward in that time," Shearer told BBC Radio 5.

"If you look at before we went into the World Cup, our qualifying campaign was a huge success, but it seems that we have gone slightly backwards from that.

"I'm not sure what system we'd play or what eleven we would play if everyone was fit. I don't know if the manager would know either."

Shearer, who briefly was caretaker-manager of Newcastle United but could not save them from relegation from the Premier Legaue at the end of the 2008/09 season, also said fans expect too much from England at major championships.

This year's World Cup finals was a case in point, when England were among the favourites to win the tournament but were eliminated in the second round by Germany.

"That is where you have to start from, and it will take a long time. Unfortunately, in this country we don't have the patience.

"We always put so much pressure on our players that we go into every tournament wanting and expecting to win the tournament. Is that fair? I'm not sure it is."

One bright spot for England, Shearer believes, is the emergence of Andy Carroll, the Newcastle United centre-forward playing in Shearer's old position at his former club.

He said: "I've been hugely impressed with the way (Carroll) has been on the football pitch. I know he has had one or two problems off it, but he's young.

"We have got to give the guy a chance. He has scored goals; the future is very bright for him. He's big, he's strong, he's horrible to play against, and if he could control his lifestyle he could be a regular for a long time."

A number of Premier League managers have criticised Capello recently, including Liverpool manager Roy Hodgson. He was unhappy his skipper, Steven Gerrard, was injured late in England's match against France after an agreement with Capello he would not play for longer than an hour.