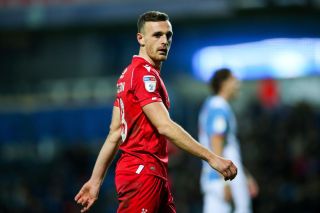 A potential new signing, thought to be Robinson, was being shown around the club’s training ground on Monday morning.

The 26-year-old is expected to complete his move to Bramall Lane in the next 48 hours in a deal that could be worth in the region of £1million.

Robinson would have been out of contract at Forest at the end of the season and available on a free transfer but the Blades were willing to pay a fee to secure his immediate release rather than wait until the summer.

United boss Chris Wilder has been keen to add reinforcements in defence this month as he looks to consolidate the club’s position in the Premier League during the second half of the season and build on an impressive return to the top flight thus far.

Robinson, who has made 19 appearance this season for Forest, fits the bill. The former Liverpool trainee can play as either a left-back or centre-back and has experienced Premier League football, having played a handful of times for the Merseysiders as a teenager.

He will become the second new signing for the Blades during the transfer window, following former Everton and Manchester City midfielder Jack Rodwell.

His move will also see him reunited with former Forest team-mate Ben Osborn, who left the Reds to join United last summer.

Wilder still hopes to add at least one more player to his squad before the January 31 deadline.

He said: “I’m no different to any other manager around the country. I’m looking to improve the players we have and bring more through the door.”