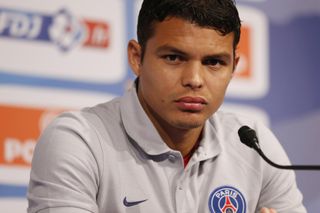 Laurent Blanc's men came into the second leg at Stamford Bridge as favourites, following a 3-1 success in the French capital in the opening leg.

However, goals from Andre Schurrle and Demba Ba saw Chelsea pick up the 2-0 victory they required to progress on away goals.

The reverse was difficult to take for Brazil international Silva, who feels his side ought to have progressed to the last four.

"It is always complicated reacting after a defeat, especially before the following game," he said.

"The loss against Chelsea has been tough for us. We strongly believed in our chances of going far in this competition.

"With all due respect to Chelsea, we believe we should have qualified."

PSG are likely to seal a second consecutive Ligue 1 crown and have another chance of silverware on Saturday as they face Lyon in the Coupe de la Ligue final.