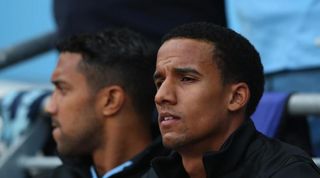 The winger joined Paul Lambert's side until the end of the season on Friday, but not before speaking to a man who played more than 100 times for Villa.

"I spoke to James before I came here," Sinclair told Villa's official website.

"He told me Villa is one of the best clubs around. He loved his time here. He said I'd love it too.

"He had no doubts that I'd enjoy myself here.

"I was speaking to Milly throughout the weeks about the club. He just kept giving rave reviews.

"He said he loved every minute of his time at Villa.

"He made a point of praising the fans too - he said they're great to play for.

"He just made it clear that I would have a fantastic time here.

"James is a guy I respect and you know when he says something, he means it.

"I just can't wait to settle in here now and be a part of it."