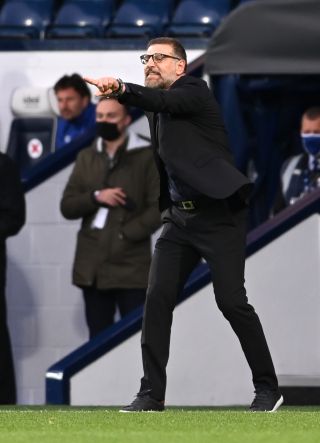 Slaven Bilic has been pleased with some of West Brom’s play so far this season but has stressed the need for more in their performances because “you don’t get a free lunch” in the Premier League.

While boss Bilic, whose side are at Southampton on Sunday, says he has taken encouragement from the displays, he has emphasised “we have to stretch it for 90 minutes”.

The Croatian said: “We showed a lot of qualities in these three games. But we have to be, as a team, as individuals, even more focused, more aware, more in it, more on the front foot, and to stretch that period that they were like for a long time against Everton and Chelsea, and even against Leicester.

“We have to stretch it for 90 minutes because simply, here you don’t get a free lunch. Here it is difficult, they punish you straight away.”

Bilic, who could hand a league debut to veteran defender Branislav Ivanovic on Sunday, feels the Baggies are not defending badly as a team but admits there have been mistakes that must be cut out.

“We had only a few players playing in these three games who have got experience of more than 20, 30 games in the Premier League, not to mention that for some of them it was the first one,” he said.

“It might sound weird or stupid but I’m also pleased with the majority of our defending. It’s just those (moments of) silly switching off, or being too optimistic, or making a mistake that last year or at other levels are OK because you can get away with them – in the Premier League the opponent just punishes you cruelly. We have to cut them (out).

“The way I see it, as a team we are not defending bad. There are a lot of examples where we are in a good position, when we have quality defending. But the problem is we have to stretch it over 90 minutes, because we are also doing a few switching-offs, losing the focus.

“We’ve done a few really bad individual mistakes and conceded a couple of goals from set-plays. We can’t give those goals away.

“For me it’s more a mental thing, more than a physical one. We have to stretch that focus and awareness and hunger that is really key for defenders.”

Bilic’s men take on a Southampton outfit who got their first points of the season last time out with a 1-0 win at Burnley. Ralph Hasenhuttl’s team had previously lost 1-0 at Crystal Palace and 5-2 to Tottenham.

Bilic said: “They are very competitive, they run a lot, they have up front very clinical players with pace. Winning against Burnley will definitely give them confidence.

“But we are planning to take something out of the game, definitely. It’s a big opportunity for us – like every game is. We’re in good shape and good spirits. Hopefully we’re going to build on what we did really good, and improve.”