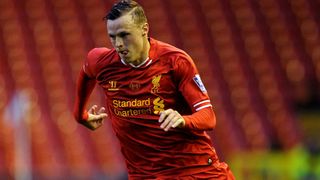 Bournemouth have completed the signing of left-back Brad Smith from Liverpool for an undisclosed fee, believed to be in the region of £6million.

The 22-year-old has signed a four-year deal at the Vitality Stadium as he looks to kick-start his career after failing to secure regular first-team action at Liverpool.

Australia international Smith made just four Premier League appearances for Liverpool last season, including in a 2-1 victory over his new employers in April.

"I'm really looking forward to the opportunity here," Smith told Cherries Player HD. "It all happened quite quickly. I knew there was a bit of interest and then they put the bid in, Liverpool accepted and we went from there really.

"Hopefully I'll do well, learn a lot and progress in my career. Bournemouth did really well last season and I think the club can be a great team in the Premier League for many years to come. They're just getting started really.

"I think it'll be a good fit for me and I can't wait to get going here."

Chief executive Neill Blake, meanwhile, was over the moon with the arrival of the Australia international.

"I am delighted to confirm that we have completed a deal to bring Brad to the football club," Blake said.

"Brad broke through at Anfield last season and impressed whenever he was called upon. He is another excellent young player that we believe can progress under Eddie [Howe]’s guidance, but he also brings with him experience of playing at the highest level in both the Premier League and on the international stage with the Socceroos.

"It is an exciting time for us as we bring yet another promising prospect into our progressive squad."