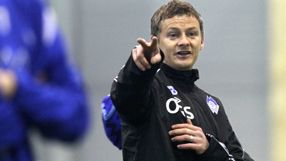 The former Manchester United striker, 39, is currently in charge of Norweigan side Molde, who he led to the title last season.

Solskjaer has previously been linked with the managerial post at Aston Villa, but once again played down the latest talk as unfounded rumours.

"There will always be speculation when someone in England needs a new manager," he told Norwegian newspaper Romsdals Budstikke.

"There are surely 20 names who have been linked with Bolton now and it's natural that mine is among them. But it's not for me.

"Blackburn and Bolton, rumours crop up all the time. But I'm not that bothered about them.

"I'm absolutely certain I will see out the season here [with Molde], I can promise that."