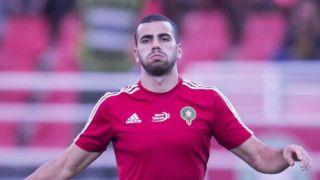 Oussama Tannane was at the double as Morocco eased to a 3-1 victory over South Korea in Biel, Switzerland.

Morocco – who face a crunch clash with Ivory Coast next month as they look to secure a first World Cup appearance since 1998 – added a third through Ismail El Haddad early in the second half before Tottenham forward Son Heung-min grabbed a consolation for South Korea from the spot.

It only took Tannane seven minutes to open the scoring as the striker fired Amine Harit's pass into the top left corner.

With his barren run over, Tannane then doubled his tally four minutes later with a composed finish past Kim Jin-hyeon.

South Korea's problems got even worse just after the break as El Haddad converted another Harit pass, the Wydad Casablanca forward netting his first international goal.

Son reduced South Korea's deficit just after the hour but it was not enough to spark a comeback, leaving Shin Tae-yong's men to contemplate a second successive defeat since sealing their place at Russia 2018.