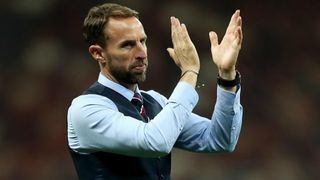 The Three Lions looked set for a first final in 52 years after Kieran Trippier's early free-kick on Wednesday, before Croatia pulled level through Ivan Perisic and then delivered a knockout blow in extra time courtesy of Mario Mandzukic.

Southgate revealed that he re-watched the heart-breaking 2-1 defeat at 4am on Friday morning, hampering his own preparations for the third-place play-off against Belgium on Saturday.

And while England's surge to the last four at Russia 2018 has exceeded all expectations, Southgate concedes that the agonising nature of his side's failure to make the final will not be easy to get over.

"I'm conscious I had to raise everybody on Thursday but I'm up watching the game at four o'clock [Friday] morning.

"You will always have in your mind that it was a massive game to be involved in and to be so close is tough."

Southgate was part of the England team that crashed out of the European Championship semi-finals in 1996, famously missing the decisive penalty in a shoot-out against Germany.

He admits he is far better prepared to deal with setbacks now, though, and is able to see past the disappointment and appreciate the achievements of his inexperienced squad.

He added: "I'm old enough now that I don't have to beat myself up unnecessarily. When I was a player I had a very simplistic mindset.

"Win, I was good, lose and I was an idiot and nothing in between.

"I'm a lot more rational now. I can see what we have achieved, albeit when you are so close you look back at what we might have done.

"The reality is that we lost a semi-final, but you've got to balance that with where do I think this team is, realistically, and what level do I think they are at.

"I think we've really got a huge amount out of this group of players and they deserve massive credit."