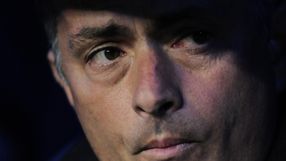 The Portuguese repeated his claim in a radio interview on Friday, saying that if more clubs fielded weakened teams against Barca in the belief that it was impossible to beat them, it would be harder for Real to win the league.

"A team shouldn't give away a game cheaply," said Mourinho.

"They should play to the maximum every match. You can't do this in England because you get punished. Lets see if they do it against us.

"If they play in the Cup with their first team and against us with their second team, I would be grateful. "

Preciado, whose side lost 1-0 at the Nou Camp in September, was furious at what he described as a lack of respect.

"It could just be a bad joke or it could be a provocation for the Barcelona coach," he told a news conference.

"But if he is saying what he really thinks, I think he is despicable, and a bad professional colleague.

"I don't like it at all. If Madrid don't teach him respect, I'll show him. We deserve the same respect that he has.

"To say that Sporting, who have killed themselves to win promotion and stay in the top flight, would give up on a game... Who the hell does he think he is?"

When asked where Mourinho would be sitting at the Molinon due to his two-match touchline ban for being sent off in the King's Cup during the week, Preciado replied: "I'd put him in with Sporting's radical fans, but it's not up to me.

"I don't know the guy because he comes from another galaxy. I haven't won the titles he has, but I have won promotions with teams and won games. I know how to win and lose.

"He's used to winning but that will pass. He will lose. If you spit up in the air, it eventually falls back down again."

Sporting, who are 13th, host the unbeaten league leaders on Sunday, two weeks before Mourinho's side travel to play second-placed Barca.