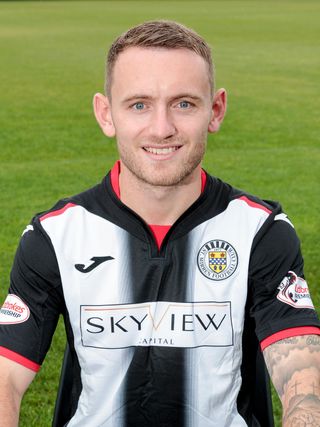 St Mirren defender Lee Hodson could be fit to face Livingston after it was discovered his suspected hamstring injury is not as bad as first feared.

Manager Jim Goodwin believed the full-back could be out for weeks after going off against Motherwell on Saturday.

But the former Rangers player has been given a slim chance of facing Livi on Wednesday in the Ladbrokes Premiership.

“Lee was in on Sunday seeing the physio,” Goodwin said. “We feared the worst initially, that it was maybe going to be a torn hamstring.

“But early signs are quite positive. Whether Wednesday is going to be too soon or not remains to be seen.

“He has been in getting more treatment and we will maybe try and get him out running on the grass on Tuesday and see if he gets any reaction.

“We have obviously had a bit of bad luck with Kyle Magennis doing his cruciate and Ryan Flynn doing the same a week later.

“We weren’t planning on losing (Kirk) Broadfoot and (Paul) McGinn in the January window so we brought Lee in as cover for Kyle and knowing he can play full-back he is going to fill in for Ryan Flynn.

“If he has to miss Wednesday we will have to deal with that but we don’t anticipate it being long.”