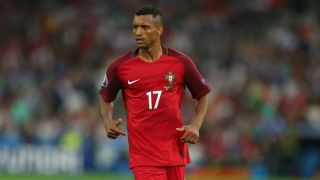 Stoke City are interested in Nani and hope the lure of the Premier League can entice him to choose them over Valencia, says assistant manager Mark Bowen.

Nani has impressed in a more central role at Euro 2016, scoring twice and supplying two assists in Portugal's run to the semi-finals.

The 29-year-old was a Champions League and four-time Premier League winner during his time at Manchester United and last week spoke of his desire to play in England again.

The Fenerbahce forward was reported to be on the brink of an €8.5million transfer to Valencia, but Bowen hopes Stoke can scupper such a deal.

"I know there is an interest there. Valencia are a big club, but it is the draw of the Premier League," he said on talkSPORT.

"He is player that [Stoke manager] Mark [Hughes] admires a lot and he has had a very good tournament. Without giving too much away, there is an interest there and let's see what happens.

"In my opinion, he left the Premier League far too early. He had his time at Manchester United and had been a big player for them and he seemed to drift away rather than step into another club in the Premier League.

"If he is ready to come back, then I'm sure there will be a lot of clubs interested in him."