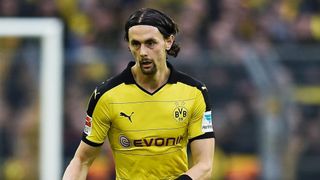 Neven Subotic is edging closer to a move away from Borussia Dortmund after he was allowed to sit out Thursday's training session in order to hold talks with another club.

The centre-back recently announced that he is keen to leave Dortmund in order to relaunch his career elsewhere after losing his starting berth at the Signal Iduna Park and a transfer now only seems a matter of time following the latest developments.

"Neven Subotic was given the day off in order to negotiate with a potential new club," Dortmund announced on their official Twitter account.

Subotic joined Dortmund from Mainz in June 2008 and has since made over 250 appearances in all competitions for the Bundesliga giants, winning two league titles and the DFB Pokal in the process.

He lost his starting berth under Thomas Tuchel in 2015-16, though, and has therefore asked the club to leave.

The 27-year-old has been heavily linked with a move to the Premier League, while Cologne have also shown an interest in signing him.