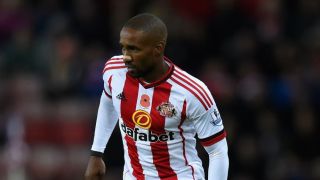 Sunderland's Premier League status may be coming under growing threat, but Jermain Defoe believes the team have gained plenty from a torrid festive season.

A 1-0 defeat at Liverpool on Wednesday continued a fruitless run that included defeats against Chelsea and Manchester City.

Sam Allardyce's side have lost five straight matches and are seven points of safety in 19th, but Defoe remains optimistic.

"We have learned that especially when you play against the top teams it's important to be solid and be patient," he told Sunderland's official website.

"You know before the game that at times you aren't going to have the ball so much as you would like, but at the same time you have got to be solid and don't respect the opposition too much."

Sunderland next face a crucial encounter against rock-bottom Aston Villa at the Stadium of Light.