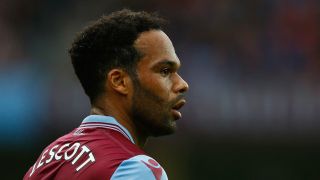 Joleon Lescott has joined struggling Sunderland on a deal until the end of the season.

The 34-year-old centre-half has been without a club since leaving AEK Athens in November and will join a squad propping up the Premier League table.

Former England international Lescott played for Wolves, Everton, Manchester City and West Brom before an uninspiring spell at Aston Villa in the 2015-16 season.

"The defender has put pen to paper on a deal with the Black Cats until the end of the season. He will wear the number 15 shirt."

He has been brought in by Black Cats boss David Moyes to flesh out a squad already short on bodies due to the Africa Cup of Nations, with their ranks set to be depleted further if, as expected, the Football Association confirms a four-match ban for the hapless Papy Djilobodji for an incident at West Brom on Saturday.

Djilobodji has been charged with alleged violent conduct after appearing to strike midfielder Darren Fletcher in the face as they jockeyed for position at a free-kick.

His actions were not seen by the match officials, but were caught on video, and the centre-back now faces possible retrospective action, with a panel of three former officials to review the footage.

The 28-year-old has until 6pm (GMT) on Tuesday to respond to the charge.