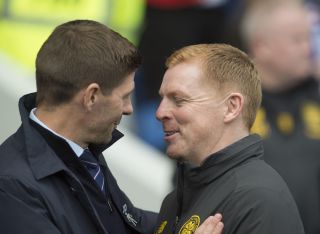 Scotland’s first trophy of the season will be up for grabs on Sunday as Rangers and Celtic meet in the final of the Betfred Cup.

Here the PA news agency’s Andy Newport takes a look at the talking points ahead of the Hampden showpiece.

Getting you in the mood for tomorrow! 👌— Celtic Football Club (@CelticFC) December 28, 2018

Both club’s have injury worries over key men ahead of their Hampden showdown. While Neil Lennon has declared Johnny Hayes, Boli Bolingoli and Mohamed Elyounoussi fit and available there is still some concern over striker Odsonne Edouard. Steven Gerrard, meanwhile, is uncertain about whether left-back Borna Barisic will be ready to play after the Croatia left-back was forced to take pain-killing injections to get him through recent clashes with Feyenoord and Hearts. On top of that, the Ibrox boss is also monitoring two other unnamed stars carrying knocks.

Celtic have re-written the record books with their incredible triple treble triumph and they can now stretch their benchmark run to victory in 10 straight domestic competitions if they come out on top this weekend. There will be strain on Lennon, who will not want his team to become the side who let that era of domination come to an end. But perhaps the pressure will weigh even heavier on the shoulders of the Light Blues. Seeing their bitter rivals chalk up trophy after trophy has been a nightmare experience for the Gers faithful and they will be desperate to finally end their long, eight-year wait for major honours.

Rangers’ top scorer is in the form of his life having blasted 25 goals already this season. His deadly finishing has helped take Gerrard’s team to the verge of the Europa League’s last 32 but while he has enjoyed some big occasions against continental opposition, his record in local skirmishes has been dire. The Colombian has featured in 10 clashes against Celtic so far but is still to break his derby duck. Gers could do with him opening his Old Firm account this weekend.

The kid is alright?

Teenage right-back Jeremie Frimpong has been Celtic’s surprise package this season. The 18-year-old was initially cast as one of the future when he arrived from Manchester City’s academy in the summer, so much so he was not even included in the Hoops’ European squad. But the £350,000 signing has quickly battled his way into Lennon’s first-team, even keeping out the more experienced on-loan Stoke stopper Moritz Bauer. However, given his lack of Europa League exposure, Frimpong’s defensive capabilities have barely been tested and the Parkhead boss may decide putting him up against Rangers’ £7million winger Ryan Kent this weekend is probably not the best time to find out what he is made of.