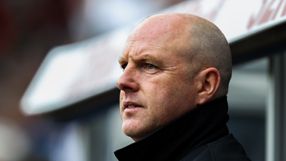 Kean has been on the receiving end of relentless personal attacks by Rovers fans upset with the running of the football club under new owners Venky's.

Earlier this year, Kean was forced to hire a personal bodyguard after abuse began to grow both on and off the pitch.

However, the 44-year-old brushed off the problems with the fans by praising his team's attitude.

"I think you see by the way they're playing that they're giving us everything and they're playing for each other, and I'm sure we'll get through this tough period. It's been tough at times but I think we've seen that we're very together.

"There's no question that the team spirit is high, the moral is high and it's been tough at times but I'm sure we'll come through it and we’ll be bigger and better for it."

Despite being the victim of fans' criticism since the day he replaced Sam Allardyce in October 2010, Kean still believes that managing Blackburn to be an "honour".

"I think that is going to be the future for us, making sure that we can develop our own players together with some core players of a good type, which we've got a lot of."