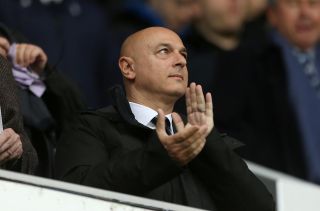 The fallout from the coronavirus pandemic continued on Tuesday as Tottenham became the latest Premier League club to cut wages for non-playing staff, and the Bundesliga postponement was prolonged.

(All times are BST)

06.32am – Rugby Australia stands down 75 per cent of its workforce for the next three months, with significant salary reductions or reduced hours offered to remaining staff.

10.01am – Burnley become the latest Premier League club to open the doors of their stadium for use by the NHS and also pledge to give free tickets to NHS workers.

10.30am – Tottenham chairman Daniel Levy announces the club have given non-playing staff a 20 per cent pay cut for April and May.

11.07am – Former England rugby union international James Haskell has his mixed martial arts debut put on hold as promoters Bellator cancel their London show on May 16.

12.17pm – Scottish Rugby Union announces Scotland coach Gregor Townsend and Murrayfield chief Mark Dodson have agreed to defer some of their salary in response to the coronavirus shutdown.

2.11pm – The DFL agrees to extend the suspension of Bundesliga and 2.Bundesliga games until April 30, and announces it has begun to look at ways games could be played with the bare minimum number of people in attendance.

2.57pm – FIFA announces it is setting up a fund to assist competitions and players which have run into financial difficulty because of the coronavirus pandemic.