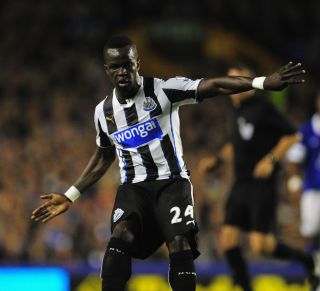 The 27-year-old midfielder admitted to acquiring a fake licence from Belgium at Newcastle Crown Court on Monday. Tony Hawks, prosecuting, said Tiote had attempted to use the document to apply for a driving licence in the United Kingdom.

Tiote was subsequently handed a seven-month jail term suspended for 18 months, as well as being sentenced to 180 hours of unpaid work.

Speaking at Tiote's sentence, Judge James Goss QC said: "I give you credit for your plea of guilty, which has saved you an immediate sentence of imprisonment.

"In that way you will be punished and I have no doubt that, using your considerable talent, you will be able to assist others in the community by encouraging them and passing on your skills that way."

The Ivory Coast international previously played in Belgium with Anderlecht before spells in the Netherlands at Roda JC and Twente, prior to his move to St James' Park in 2010.

He has appeared seven times for Newcastle in the Premier League this season, helping them to 11th place in the table.