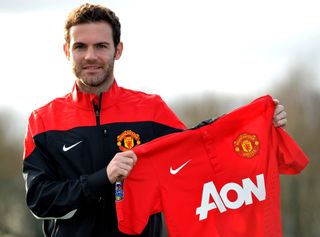 Figures released by Deloitte show that teams in the English top flight have parted with roughly £10m less compared to the start of the last day of the 2013 January window.

Juan Mata's £37.1m move from Chelsea to Manchester United is the standout piece of business in the window so far, with a raft of last-minute deals set to go through and push spending past the £100m mark.

"This is a broadly similar picture to last year, where gross spending at this point totalled £85m.

"This season the combined transfer spend of Premier League clubs has passed the £700m mark for the first time, with spending currently at c.£725m.

"It is important to put this in context; the transfer spending is supported by the record level of revenues of Premier League clubs, driven primarily by new broadcast agreements.

"This gives Premier League clubs the ability to continue to invest significantly in their playing talent."