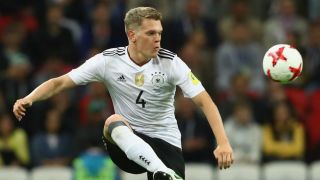 The Bundesliga outfit value Ginter at €60 million, but both Spurs and Atletico are only willing to spend €35million, according to Bild (via Football.London).

The 25-year-old joined Gladbach in 2017 from Borussia Dortmund and has since become a key player.

However, it's unlikely that Ginter would be playing first-team football at either club.

Spurs retained the services of Toby Alderweireld after his €25 million release clause expired in July.

He and Jan Vertonghen have forged a strong partnership under Mauricio Pochettino, himself a former defender.

Atletico also have a temporal advantage over Spurs in getting any deal for Ginter over the line, as the Premier League transfer window shuts in six days.