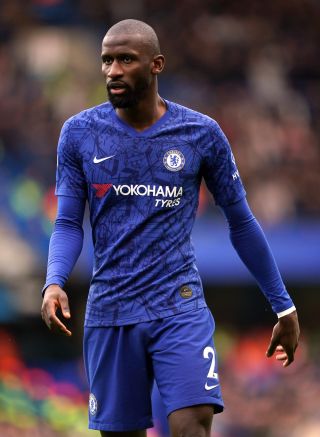 Tottenham would reopen investigations into Antonio Rudiger’s allegations of racist abuse from Spurs fans if any new information is found.

Chelsea defender Rudiger has said “racism won” after no evidence was found to support his claims of racist abuse from fans when the Blues won 2-0 at Tottenham on December 22.

Spurs said they were unable to “corroborate or contradict” Rudiger’s allegation on January 6 following an investigation.

But now the north London club have moved to reaffirm their support for the Chelsea star, after Rudiger said the outcome of the investigations had left him feeling “alone”.

“The club should like to reiterate that we fully support the action that Antonio Rudiger took in this situation and we would encourage any player to do the same if they too are faced with this scenario in the future,” said Tottenham in a statement.

“An exhaustive investigation was undertaken with the Metropolitan Police at the time following the player’s allegation and we remain open to revisiting this should any new information come to light.”

Chelsea are understood to have welcomed Tottenham’s statement, with the Blues working hard to stamp out discrimination in all forms.

Chelsea completed a first league double in 14 years after Tottenham on Saturday, with Rudiger having celebrated the birth of his son two days earlier.

That feeling of being a father for the first time is just incredible ❤️ Welcome to the world, Djamal Sahr Rüdiger 🙏🏾 #mySon#myWorld#myPriority#AlwaysBelievepic.twitter.com/AIXdkjwsBy— Antonio Rüdiger (@ToniRuediger) February 22, 2020

After the Stamford Bridge victory, Rudiger told Sky Sports Germany he will continue to rail against racial prejudice.

“I’ll always raise my voice, but in relation to this, I’m alone.

“Racism has won. The offenders can always come back to the stadium, which shows these people have won. It’s a disaster.”