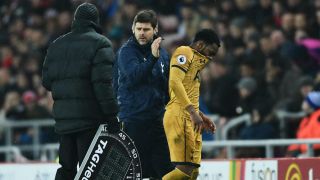 Danny Rose's spell on the sidelines will be extended for a prolonged period after the England international required exploratory surgery on his left knee.

The full-back has been out of action since sustaining a medial knee ligament injury in a goalless draw against Sunderland at the end of January.

Rose had returned to training with Spurs, but has now required further treatment and reports suggest that the 26-year-old will miss the start of next season.

A club statement read: "The England international sustained the injury in January against Sunderland.

INJURY UPDATE: We can confirm that Danny Rose has undergone exploratory surgery on his left knee today. May 16, 2017

"He recently returned to first-team training, however the problem has not resolved fully therefore a decision has been made to proceed to surgery.

"He will now return to action next season."