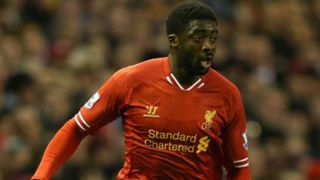 The former Ivory Coast international looks set to be offered a 12-month extension to his current contract, which expires in June.

But Toure is considering his options, with a move away for more game time an option for the 33-year-old.

"We're still talking, my agent is talking to the club," he said.

"I need to think very hard and then take a decision and stick with it. It's very important to know what you are facing.

"Whether you are going to be part of the team or just a squad player.

"I need to do the right thing for me and my family."

Toure came on early for Liverpool in their 0-0 draw against Blackburn in the FA Cup on Sunday.

One man he has found himself behind in the pecking order is Emre Can, who has performed well as part of Brendan Rodgers' back three.

Toure was full of praise for the German.

"He is young but really good. He is a leader. When you are on the pitch you can see by the way he plays he is really confident and he talks on the pitch as well," Toure said.

"Right now, Jordan Henderson is very good [as captain] but there is no doubt this boy is going to be a king here because he is a top player and can make a difference on games.

"He can score goals, his work rate is amazing and there is no better player."