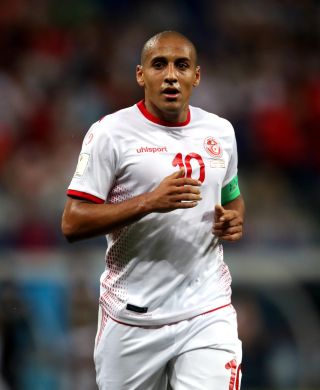 Tunisia came from behind to secure a 1-1 draw against Mali in the Africa Cup of Nations Group E.

Wahbi Khazri’s deflected free-kick levelled the scores with 20 minutes moved Tunisia second in the group and ensured they have a chance of qualifying for the latter stages of the tournament.

In a relatively even game which saw 32 fouls committed, Mali retained their position at the top of the group after two games played.

Tunisia started brightly, as St Etienne’s Khazri had a shot saved and another which hit the bar during the opening 10 minutes.

After a goalless first half, Mali led on the hour when Diadie Samassekou’s corner was fumbled into his own net by goalkeeper Mouez Hassen.

The advantage only lasted 10 minutes however, before former Sunderland man Khazri sent a free-kick into the bottom corner to level.

Mali had a late chance to wrap up the three points through Moussa Marega, but his right-footed effort in front of goal was saved by Hassen.