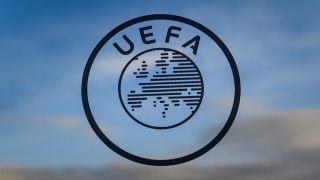 The next round of Champions League and Europa League matches will go ahead as planned despite the recent terror attacks, UEFA has announced.

Six co-ordinated attacks, including one targeting the Stade de France during France's 2-0 win over Germany, killed 129 people in Paris on Friday night.

Further security concerns saw Belgium's friendly at home to Spain cancelled on Monday, with Germany against Netherlands the second match to be postponed by officials.

However, UEFA is confident the return of European football next week will run smoothly.

"All matches are scheduled to go ahead as planned," European football's governing body said in a statement.

"UEFA has very strict rules regarding safety and security in relation to the organisation of matches and is working closely with the home clubs and local authorities to ensure all necessary measures are implemented to guarantee safety for all involved.

"UEFA has not issued directives about travelling fans, it is up to the relevant authorities to decide on such matters."