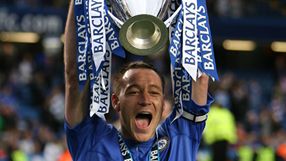 Terry was shown a straight red card for kneeing Alexis Sanchez in the back during Chelsea's 2-2 draw at Barcelona in the semi-final second leg which sent them through to the final in Munich on May 19.

"If Chelsea win the 2012 UEFA Champions League Final, John Terry will be allowed to lift the trophy and collect the medal," UEFA said in a statement.