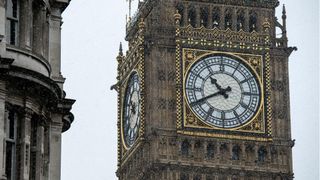 The UK Parliament will debate a motion of no confidence in the governance of the Football Association next week.

On Thursday, February 9, MPs in the House of Commons will debate bringing forward legislation to force a revamp of the FA's governance structures.

The sports minister Tracey Crouch gave the FA six months to take significant steps in reforming its board and council in October last year.

Around the same time, the government published new guidance for best practice in sports governance and the FA now faces the possibility of losing its £30million annual allocation of grassroots funding from Sport England.

The Culture Media and Sport Select Committee secured the debate and its chairman Damian Collins believes the FA's reluctance to modernise is in part due to the fact its operation does not reply upon government funding.

"The current minister for sport told the committee that the FA had been given six months from publication of the government's guidance in October 2016 to demonstrate that it was willing to improve governance, otherwise public money would be withdrawn from the FA and distributed to football through other means," Collins said in a statement.

"We do not believe the FA will comply voluntarily: it can survive easily without the government's contribution of money to grassroots sport, and there are powerful vested interests that refuse to accept the right of all those involved in football to play a role in the governance of the sport.

"We are therefore preparing a draft bill to bring the structure of the FA, especially its board and council, more into line with modern company practice and the government's guidelines for sports bodies."

Under the previous coalition government, the CMS committee published two reports calling for increased representation of fans and grassroots football at the FA, while stating the influence of the Premier League and Football League on the game in England should be reduced.