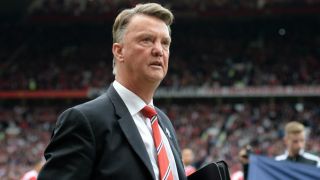 And Van Gaal feels his relentlessness is paying off, with United now top of the table for the first time under his management.

"You need luck, but the balance of the team is better than last season," said the 64-year-old manager.

"Because of that we need to win our games.

"We shall improve every week, yes. I don't see it every week, but see that we are better as a team and a selection.

"I rotate more now because I can. Last year in my opinion I didn't have the balance.