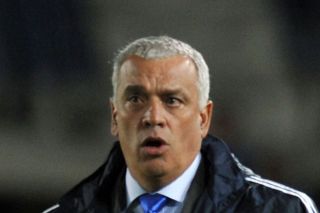 Zamir Valoyes struck a brace for Mineros in their 4-1 victory as they moved level on points with second-placed Zamora, who did not play over the weekend due to their Copa Libertadores commitments.

Trujillanos moved top of the division with 29 points after a 3-1 victory over Deportivo Anzoategui, one ahead of Zamora and Mineros, while Tucanes (27 points), Caracas (25) and Deportivo Tachira (22) all won to complete the top six.

In Guayana City, Richard Paez's Mineros hit the front two minutes before half-time thanks to Valoyes' penalty and they doubled their lead in the 69th minute when Ricardo Perez converted a 30-yard free-kick.

El Vigia hit back with 13 minutes left through Franco Arevalo but in an action-packed finish, Valoyes tapped home the rebound from Richard Blanco's long shot, while Orlando Cordero capped off Mineros' victory in the 90th minute.

The loss was El Vigia's fifth consecutive defeat and their 12th from 14 games this season.

A first-half double from Freddys Arrieta set up Trujillanos' triumph on Sunday as they edged ahead of Zamora, although the latter have two games in hand.

Tucanes won 1-0 at Deportivo La Guaira thanks to Raul Vallona's goal, Romulo Otero struck the only goal of the game in Caracas' victory against Yaracuyanos and Yoandri Orozco scored as Deportivo Tachira edged out Carabobo 1-0.

In other results, Deportivo Petare came from behind to draw 1-1 at Zulia, while Aragua and Estudiantes de Merida were held to scoreless draws by Deportivo Lara and Atletico Venezuela respectively.