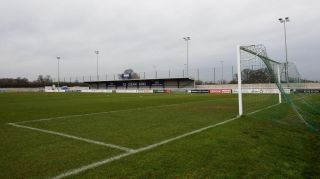 Mineros lost 3-0 at Llaneros de Guanare in round seven but responded in the latest round to stay within three points of league leaders Zamora.

Mineros, who won their first league title since 1989 when they triumphed in the Apertura campaign, moved to third position in the table with 16 points, one behind Caracas, while Zamora (19 points) remain top of the pile.

Caracas, who finished second in the Apertura season, had their match at Estudiantes de Merida suspended, while Zamora trumped Aragua 2-0.

Juan Falcon scored the opener for Zamora in the 38th minute, while Pedro Ramirez added a second goal just before the hour-mark.

Tucanes, Deportivo Lara and Deportivo Tachira were all leapfrogged by Mineros.

At Lara's home ground, Heiber Diaz equalised in the second half for the hosts, just two minutes after Tucanes' Argenis Gomez had opened the scoring in a 1-1 draw.

Trujillanos joined Lara and Tachira with a 3-1 win over Llaneros, while in other results, Deportivo Petare drew 1-1 with Atletico Venezuela, Yaracuyanos won 1-0 over Atletico El Vigia and Deportivo La Guaira defeated Zulia 2-0.