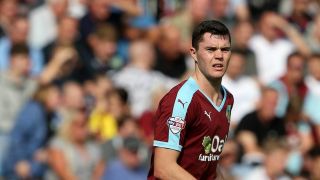 Burnley recorded a 3-1 win over Stade Nyonnais on Friday to get their pre-season underway.

The newly promoted Premier League side started strongly and went two goals up within the opening 25 minutes, Andre Gray opening the scoring after a good pass from Ashley Barnes, who doubled his side's lead with a downward header.

Former Juventus youngster Stipe Simunac then pulled one back shortly before the break when he beat Paul Robinson with a low shot.

Burnley would quickly restore their two-goal lead, though, as Michael Keane found the net with a strong header after Michael Kightly's free kick.

Sean Dyche made 10 changes at half-time, with goalkeeper Robinson staying put for an additional 15 minutes before being withdrawn too as it ended 3-1.

The full-back landed awkwardly after just five minutes and was forced to make way for Harry Maguire, with Steve Bruce stating after the match Odubajo has seemingly dislocated his kneecap.

There were chances for Robert Snodgrass and Mohamed Diame throughout the game, but neither managed to find the net as it ended all square.