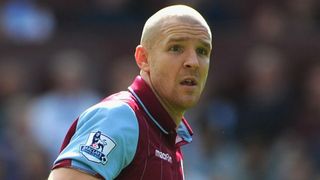 The former Arsenal, AC Milan and Fulham defender has failed to make a first-team appearance for Villa this season and has been allowed to depart, with Lazio and Hellas Verona rumoured to be interested in signing him.

A statement from Villa, who are bottom of the league, confirmed: "Aston Villa and Philippe Senderos have mutually agreed to terminate the defender's contract.

"Senderos arrived in June 2014 and made nine appearances in claret and blue.

"The club wishes Philippe all the best in his future career."