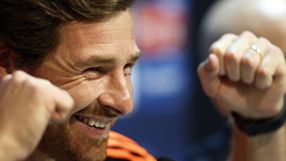 Juan Mata is back at former club Valencia for the first time since joining the Londoners last month and Frank Lampard is also in the squad after being rested at the weekend.

Villas-Boas, however, refused to say on Tuesday whether Mata or Lampard would start the Group E match.

"We can put 11 strong players on the pitch tomorrow because the talent we have at our disposal is out of this world and we just hope to make the right decisions," the Portuguese told reporters.

Villas-Boas has begun his Chelsea career by rotating his players in the Champions League, Premier League and League Cup and said it was a policy he would maintain throughout the season.

"It will continue like this," he explained. "All of the players are proven successful individuals at this club.

"I think we have made good decisions regarding rest and active periods. At the moment we are in a tight schedule, these players break up for the international break [next week] and we have to manage the balance between resting and playing."

Villas-Boas added there was "nothing dramatic" about his selection policy.

Asked if playmaker Mata would start against Valencia, he said: "It will have to depend on the strategy we want to use. I just make choices like any other manager.

"Different players react differently when coming back home or to an emotional place. You just have to wait and see if he is going to be involved."

Villas-Boas was equally vague about the prospect of vice-captain Lampard playing and dismissed media speculation the midfielder's Chelsea future was in doubt after being left on the bench against Swansea City at the weekend.

"Frank is an established top-quality player and is one of the most important players for the club and will continue to be like that," said the manager.

"He is established for Chelsea and for England, he has nothing to prove to the football world. He is a spectacular team player, a spectacular professional."