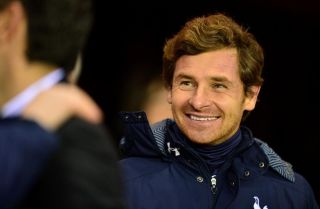 The 41-year-old, who spent eight months in charge of the Blues before embarking on a season-and-a-half spell with Spurs, left Chinese club Shanghai SIPG in November 2017.

At Marseille he succeeds Rudi Garcia, on his way out of the Stade Velodrome after guiding OM to a fifth-placed finish in the recently concluded Ligue 1 campaign.

Marseille announced Villas-Boas’ appointment on Tuesday with a tweet reading: “Our new era has begun.”

The club’s American owner Frank McCourt told om.net: “We are delighted to hire a coach whose success is recognised at the highest level in Europe and worldwide.

“Villas-Boas’ philosophy and approach to the game aligns with what we want for OM and will help revitalise our project after a disappointing campaign.

“Our expectations are still great and we are making the necessary changes to achieve our goals.”

After his Tottenham reign ended in December 2013, Villas-Boas – a former assistant to Jose Mourinho at Porto, with whom he would later win the Europa League as manager – took control of Zenit St Petersburg.

In Russia he won the league and cup before taking in a year with Shanghai SIPG.

Villas-Boas took a break from football to compete in the 2018 Dakar Rally, but withdrew early after crashing his car during a stage in Peru.