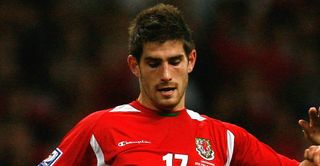 Wales manager Chris Coleman has not ruled out a return to the national team for Ched Evans, but says the Chesterfield striker must first prove himself at the highest level.

Evans was recently found not guilty of rape at a retrial following a case that played out largely in the public eye and saw him serve two and a half years in prison.

The former Sheffield United frontman had already returned to action with League One outfit Chesterfield prior to his acquittal, prompting some to speculate whether he could one day add to his 13 international caps.

And, while Coleman insists he will judge Evans purely from a football perspective, the Wales boss indicated the 27-year-old had a long way to go to earn his place in a settled squad.

"He was convicted of one thing, but he's been exonerated now," he said. "From that perspective, that's one thing.

"He's missed a lot of football and, since he's been away, a lot has happened to this team.

"There are a lot of players in front of him. But I can't be a hypocrite - when he was convicted I said we would not visit the idea, but now he has been set free.

"Whatever he was seen as, he is not seen as that now.

"The whole incident was unsavoury, of course, but he's been freed, and I must look at it from a football perspective.

"If anybody is going to come and make an impact on our team they need to be playing and doing the business at the highest level."

Evans has scored four goals in 11 league outings for Chesterfield.