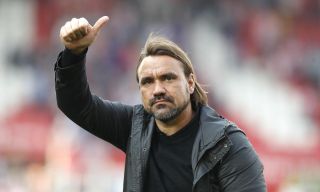 Norwich will have one of the smallest budgets in Premier League history on their return to the top flight, according to the club’s sporting director Stuart Webber.

Fulham forked out more than £100million last summer after winning promotion from the Championship but their investment has failed to pay dividends as they will be back in the second tier next season.

After their own relegation from the Premier League three years ago, Norwich changed their approach and Webber insists the club will be sticking to it this time – having guaranteed automatic promotion with a game to spare.

“It’ll be low, probably one of the lowest ever spent in the competition. I don’t want to put a figure on it but it’ll be low.

“We’ll be looking to recruit smaller numbers, maybe three, four or five – it won’t be seven, eight, nine or 10.

“What this promotion has enabled us to do is pay off the training ground which is being built, which is important to us, because it means we’ve got something to show from being in the Premier League.

“We’re still paying for some of the mistakes of times gone by and some of the expensive signings. This allows us to clear all of that out and realign ourselves as a club.”