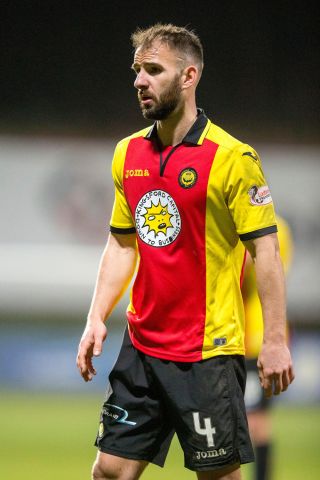 Inverness produced another cup upset on the anniversary of the day they beat Celtic by knocking Livingston out of the Scottish Cup with a 1-0 victory.

Sean Welsh’s free-kick on the hour went into the far corner of the goal and that ended up being the difference between the two sides.

That evened the playing field though, and it was difficult to tell who were the Premiership side and who were the Championship team in the early going.

Livingston did have the first sight of goal when Lyndon Dykes’ long throw from the right found Steven Lawless, but the midfielder’s effort was a long way off target.

Aymen Souda then looked like creating a second chance for the visitors when he left Carl Tremarco standing on the same flank, but his cross was cut out by Kevin McHattie.

For Inverness, full back Shaun Rooney looked like their most creative spark.

He created Caley Thistle’s best chance of the first 45 minutes when he found a burst of space to get into a crossing position and his ball in was not cleared properly.

It fell to Miles Storey, who stabbed the ball towards goal with accuracy but without much power, giving Jon Guthrie the chance to get back and clear it off the line.

Storey came close to finding the net again when he cut inside from the left and let fly towards the top corner, but it was just the wrong side of the woodwork.

A flash of quality after half-time from Inverness saw Welsh go close.

Tremarco’s throw-in was nodded on by Jordan White into Storey’s path and the forward cut his cross back across the face of goal for Welsh to run on to, but the midfielder’s shot was wide of the mark.

It increasingly looked like a game where set-pieces could be crucial and that was how Welsh found the net for the opening goal.

Storey was clipped on the corner of the box by Steve Lawson and the midfielder curled it through the crowd in the box and into the far bottom corner.

Caley Thistle began to drop deeper, looking to shore up in defence and hit their visitors on the counter-attack.

Dykes did test Mark Ridgers with around 15 minutes left on the clock, hitting a volley towards the Inverness keeper’s near post but he got down in plenty of time to hold the ball.