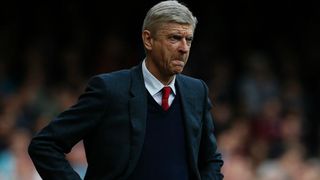 Arsenal manager Arsene Wenger defended the club's transfer policy, insisting he has no plans to buy for the sake of it.

The Frenchman intends to sign a defender to replace the injured Per Mertesacker, but it has been another relatively quiet off-season for the Premier League giants.

Wenger said he would only make signings if required, with Granit Xhaka headlining his three additions this off-season.

"I buy players that I feel can strengthen our team. Today you have to be very strong inside the club when you are responsible, not just to buy [for the sake of it]," he said.

"There's always a wave of opinions. I must say people are better informed today - they know all the players.

"They tell you always that you should buy but when you ask them who to buy, they become much shorter.

"The global investment of the clubs around us didn't stop Leicester winning the championship."

Wenger insisted Arsenal were "still on the market for players" and that he expected to sign a defender before the start of the season.

Leicester City star Riyad Mahrez and Lyon's Alexandre Lacazette have also been linked, but Wenger was unwilling to be drawn on the duo.

"The best way to conclude transfers is not to talk about them, which is very difficult in the press conference," he said.

"We are on the market but I don't want to talk specifically about any player because that makes it more difficult for me - and it's difficult enough."