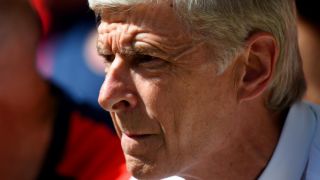 Arsenal manager Arsene Wenger said the pressure of trying to qualify for the UEFA Champions League is far greater than challenging for Premier League honours.

However, the Frenchman is not feeling any added pressure to deliver the club's first league title since 2004, pointing to his previous experience of trying to reach the top four following the relocation from Highbury to the Emirates Stadium.

"We had much more pressure before when I knew I had at least to be in the top four and we had not necessarily the potential to do it," said Wenger, whose side kicks off their season at home to West Ham on Sunday.

"The pressure is really on you when you know you are just on the border of achieving what is absolutely requested.

"You know you cannot miss an inch because you're out, so that is much more difficult.

"So here, what is interesting is the pressure is on everybody. On at least, six, seven clubs, and that's what makes the Premier League very interesting.

"The only league where you do not have that now is France because everyone knows that Paris Saint-Germain will win the league."