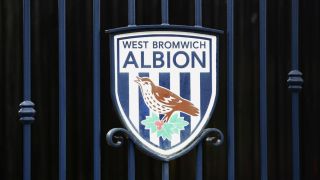 Monday's 3-0 defeat at Chelsea was their third successive loss in the league and leaves them rooted to the bottom of the table – seven points from safety.

The Baggies have won just three of their 27 league games this term and Tony Pulis paid the price for their poor start to the season by losing his job in November.

But his replacement Alan Pardew has made little impact, only managing to preside over one win in his 13 top-flight matches in charge.

"The next part of the season is everything for us."Alan calls on his players ahead of a crucial run. thoughts February 12, 2018

Nevertheless, Pardew's job is safe at least for the time being, with the club instead directing their ire at Williams and Goodman, who were dismissed on Tuesday.

Mark Jenkins, a director of West Brom's controlling company WBA Holdings, returns to the club as CEO having previously held the position for 14 years, and he highlighted the importance of results in the Premier League following his appointment.

He told the club's official website: "There is much to do but for now the focus must solely be on the remaining games of this season."