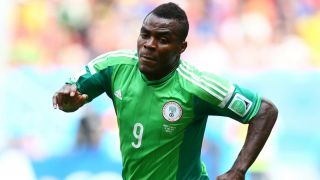 With Andy Carroll out injured once again, West Ham could be looking to dip into the transfer market for a replacement, but Bilic says there is no deal in place just yet.

"There is no clear agreement about Emenike," Bilic said on Monday.

"He is an important player but Fenerbahce may need another striker first, so it’s by no means certain that they will release him."

"Yilmaz is a very good footballer," the manager said. "He’s an excellent striker and among the fittest of players.

"I know him very well and I admit that he is one of the names on our list.

"But he is not the only player on our list. If we decide to take one striker, then we can take action."

West Ham are sixth in the Premier League table and their next test comes against Liverpool in the FA Cup on Saturday.