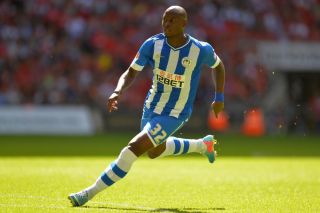 Fortune signed a two-year deal at the DW Stadium in July after leaving West Brom.

The striker's agent Willie McKay has also been punished by the FA, having his overseas agent registration suspended for nine months.

An appeal could see the Scot's ban overturned and in any case it will not come into effect unless he offends again in a two-year period.

Fortune has made 48 appearances in all competitions for Wigan this season, scoring five goals.