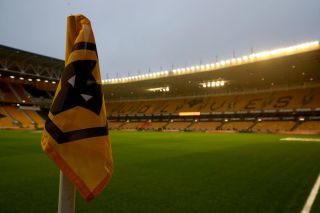 Wolves’ latest accounts show a large increase in turnover and a return to profit, following the club’s promotion to the Premier League.

The period, which reflects the 2018/19 season, was the third campaign under the ownership of Fosun International and the first in the Premier League since 2012. Wolves finished the campaign in seventh place, securing Europa League qualification, as well as reaching the FA Cup semi-finals.

The increases can be largely attributed to Premier League distributions, with the club receiving £134m in broadcasting income and league distributions compared to only £8m in their Championship promotion season. Money from sponsors, advertising and commercial also jumped from £8.9m to £25.9m.

The period saw significant investment in the playing squad, including the signings of Joao Moutinho, Adama Traore, Rui Patricio, Diogo Jota, Willy Boly, Ruben Vinagre and Jonny, but player trading for the year generated a profit of £11.9million.

However, this was cancelled out by higher amortisation and impairment charges on player registrations of £37.7m – resulting in a net player trading loss of £25.8m.

Wages increased from £50.7m to a relatively modest £92.1m by Premier League terms, meaning Wolves spent only 53 per cent of their income on wages, compared to 192 per cent in the 2017/18 season.

Fosun International loaned the club a further £57million to cover costs, meaning W.W. (1990), the parent company of the football club and a related property company that owns the stadium development and training facilities, owe Fosun £131million as of the end of last season.

A statement signed off by the board said Fosun “has indicated its intention to continue to make available such funds as are needed…and that it does not intend to seek repayment of the amounts due at the balance sheet date.”