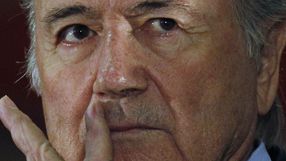 The campaign, already dogged by confusion over the voting format, has been hit by a corruption scandal, with allegations of vote-selling by two FIFA executive committee members and collusion by unnamed bidding nations.

FIFA's executive committee is due to choose the hosts in Zurich on December 2 although there have been calls for the election of at least the 2022 hosts to be postponed to a later date. However, FIFA has so far ruled out this possibility.

With barely more than a month to go, the voting process has not been announced and it is not clear how many voters there will be.

Last week, FIFA provisionally suspended two members of the executive committee - Amos Adamu of Nigeria and Reynald Temarii of Tahiti - over allegations that they offered to sell their votes for the two World Cup hosts to undercover newspaper reporters from the Sunday Times.

FIFA's ethics committee, due to make a definitive decision on the pair on November 17, is also investigating claims of collusion and vote-swapping between unnamed bidders for the 2018 and 2022 bids.

FIFA did not discuss the bidding process on the opening day of the meeting, instead choosing to leave the matter until Friday.

Football's governing body is due to hold a media conference after the meeting to announce the committee's decisions.

The tension surrounding the race for 2018 was eased slightly on Thursday when England and Russia brought their dispute to an end.

England's bid team said it was withdrawing a formal complaint to FIFA after accepting an apology from Russia over critical comments.