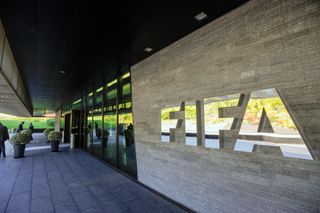 Football's governing body previously announced that an investigation, led by former United States attorney Michael Garcia, who heads the investigatory chamber of FIFA's Ethics Committee, would be complete by June 9.

The FIFA ethics committee has now revealed that the findings from the inquiry will be handed over in the first week of September.

A statement on FIFA's official website read: "In response to enquiries regarding the investigation into the bidding process for the 2018 and 2022 FIFA World Cups, the investigatory chamber of the FIFA Ethics Committee has released the following statement: 'We expect to deliver our report to the adjudicatory chamber by the first week of September 2014."

The process surrounding Qatar's successful bid for the 2022 World Cup faced particularly scrutiny after claims of corruption in May.

Reports in the British press suggested that Mohamed Bin Hammam, former president of the Asian Football Confederation (AFC), had made payments worth up to $5million to football officials to garner support for the bid.

Those claims were met with a strong rebuttal from Qatar's 2022 Bid Committee who released a statement denying them, while insisting that Bin Hammam was not involved with the bidding process.

Previously, former FIFA vice-president Jack Warner was alleged to have received $2m in payments from a company that was run by a former Qatari football official in return for his backing.

Qatar were named as 2022 World Cup hosts in December 2010, ahead of bids from the United States, South Korea, Japan and Australia.

The decision has also courted controversy due to doubts over the ability of players to be able to play in sweltering conditions in the height of the Qatari summer, leading to the possibility that the tournament could be switched to the winter months between November and December.